The concept of “Conscious Food”, or “Meaningful Eating”, is based on two main principles:

A human is formed and sustained not by food, but by spirit. In us is something completely different than what we eat. We have completely transformed these things; inside man there is a spiritually altering power that has been forgotten for several centuries, even millennia. We ourselves come from that what lies above simple earth and carbon.

Everything that we have in ourselves is not built from the substance of the Earth, but from that which is above this surface — from the Spirit.

For human health, it is not essential to note the chemical makings of ingredients; carbon, oxygen, nitrogen, fat, protein, carbohydrates and so on, are but abstract concepts. But for the health of man on principle, it is important to know the vitality of foodstuffs — food and illness exist close at hand. Many diseases are foodborne illnesses, which oftentimes means that many nutrients can become injurious to many, while others may actually find them beneficial; food and its effects on the body can vary greatly.

What should one’s food be so that they may become, more and more, in control over what is happening within them?

Man has an innate connection with nature as he perceives it in a certain way and unites spiritually with what is in it. However, here the mistake lies: man desires to learn all there is about what he calls “nature”, and he wants to follow nature alone. Medieval Armenian doctors often advised that one should not be a slave of nature; one must instead extend what nature creates through your own being.[1]

When a person is in complete control of his health and conscious, he owes this to the plant world. Nutrition must take place in such a way that everything that is synthesized in the plant is again disintegrated in man. The person becomes internally stronger due to this connection with the plant world.

Where a person does not permit anger, antipathy, and prejudice, he owes this to food from the animal world. With animal food, he incorporates something that gradually becomes really alien substances that live in his own life. Meat is just as necessary now as it once was, because a person must firmly stand on the Earth, he must be fixed within his person. Thus, in those who eat mainly vegetable food, there is a greater propensity for spirituality, courage, which is also necessary for life. 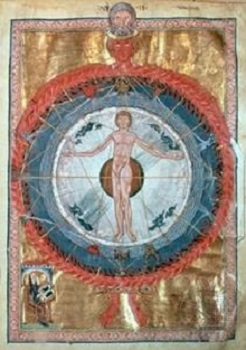