The history of food as culture starts back in the Neolithic period with the development of agriculture in the Fertile Crescent in 8000 BCE; soon after, the synthesis of cuisine in ancient Mesopotamia began. Ancient Armenia was an epicenter of culture exchange of classical antiquity, where Sumerian, Acadian, Aramaic and Hettetian cultures spilled over and mixed. This tradition of  cultural exchange passed down from generation to generation and reached the modern era through manuscripts, ethnographic research — and because of Armenia’s role as a crossroads of antiquity, some of these ancient culinary traditions survive in today’s ethnic cuisine. It is of the utmost importance to sustain and promote these customs as a way to keep alive and embrace our connections to this ancient and storied past.

As a culture of any ethnic group express the concentration of its traditional skills, the food culture of the ethnos based on the manifestation of the impact of the food on the way of thinking, psychology, philosophy, behavior and lifestyle of the people that composing the ethnic group. The most important detail of the entire food culture of any nation – is a conscious or meaningful eating. If we look closely at the feast of the Armenians, we can see how eating more dependent on the consciousness of dining than on the food itself.

This remarkable experience of the ancient agricultural practices of grandfathers that creating a renaissance in the culture of food in the Land of Noah and passed from generation to generation trough centuries and millennia’s. Unfortunately this tradition of harmonic agriculture and balance traditional foods and food processing are damaged by modernization of “civilization” and mechanization.

To explain the unknown the Armenians created a complex and bewildering theology that drew on the sun and the sky, the four elements and man, as well as every form of life, that was included a pantheon of human gods and goddesses in pagan time. Their beliefs greatly influenced the ancient world and have been incorporated into many ancient religions such as Zoraostriszm and Manuizm.

The main messages of Meaningful Eating are: 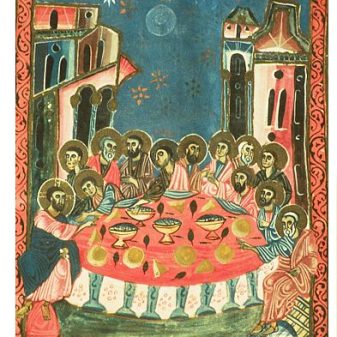